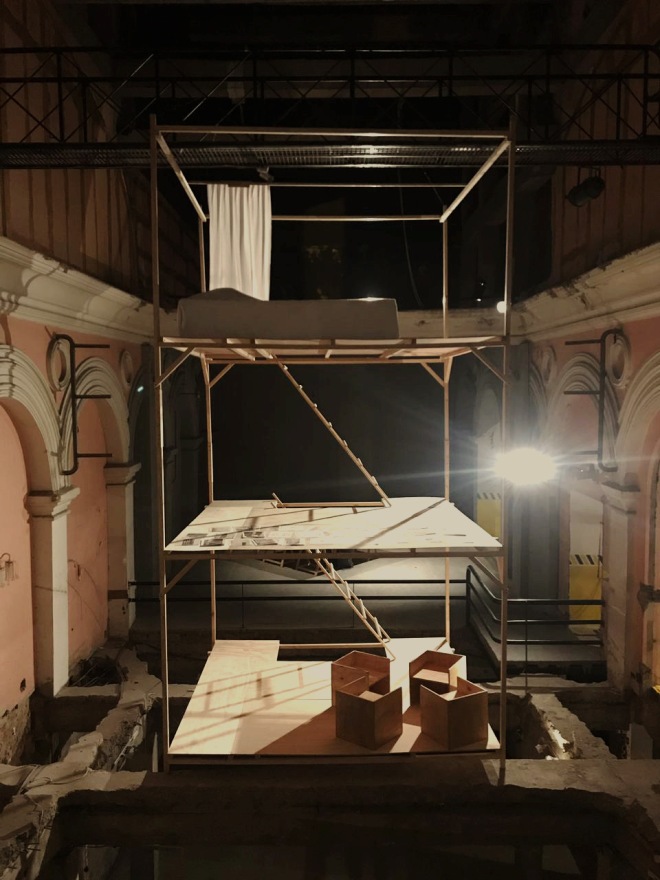 The installation “Chamber” is part of the collective show “Odeón o de la Contingencia” that through a series of site-specific projects, reflects on the past and future of this building and its legacy. The beautiful building used to be Odeón cinema in Bogota, and now its so-called ruins have turned into a space for art and culture in the past few years: Espacio Odeón.

The installation Chamber sees the so-called ruins of Odeón as a performative archive itself. Opposing the idea and strategy of “preservation” and replacing it with the idea of performance and strategizing an enabling body. It contemplates the conditions and performances of artistic production and exposition through stressing the notion of ‘praxis’. Placed on the beams of the ruined amphitheater, it discusses bodily and spatial practices of inhabitation through a three-leveled elemental structure framing: collectivity, knowledge, and comfort.